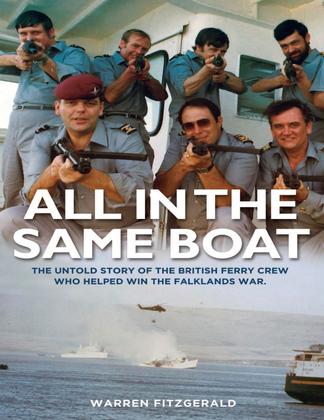 So when, in April 1982, their ferry was requisitioned by the government to transfer nine hundred strapping paratroopers to Ascension Island in order to join the Task Force for the war in the Falklands, the ‘girls’ jumped at the chance to be part of the crew! Perhaps the homophobia they faced from these macho soldiers wasn’t too surprising, but what did shock them was the fact that at Ascension the crew of the Norland were asked to carry on with the troops right into San Carlos Water in the heart of the Falklands, where in fact they were to be the very first ship of the entire Task Force to make a landing.

Untrained and unprepared the crew faced heavy bombardment at the hands of the Argentinean air force. Miraculously the Norland survived intact as many other battle ships were destroyed around it. And, just as miraculously, the paratroopers eventually looked on their camp catering staff as the heroes of their war.

But despite the Naval History of the War stating “few merchant ships had been placed in greater danger or had seen more varied service”, these merchant navy personnel would struggle to be recognised in the same breath as their Army, Navy and Air Force comrades.

This book intends to redress that balance by telling the world about the hilarity and the horror (from drag nights with the soldiers in the middle of the Atlantic to tending to traumatized Argentine POWs), relating the incredible experiences of the Norland’s crew in a war they never signed up for, while demonstrating how truly lasting bonds can be formed between the unlikeliest of people. 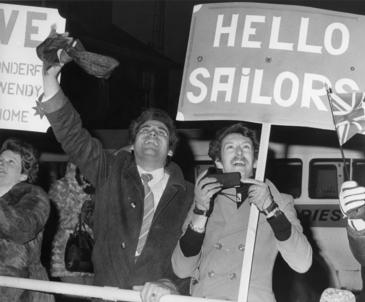 Available in hardback from all good bookshops NOW!

Read The Daily Mail's feature on the book here.

All in the Same Boat