Returning to Rwanda with The Go-Away Bird

"This is a story about me, Clementine, and my friends: a panther called Levi, a pelican called Lola and a turtle called Jimmy. it is about dragons and goblins, my Daddy the King, my Mummy the Queen and Prince Pio my brother. At least that is the way I tell it sometimes when thoughts of the blood, the machetes, the swamp and the fear of Uncle Leonard become too hard to describe.

But that was all before I met Ashley, wonderful Ashley. Not that he would ever call himself wonderful in a million years. When he tells you his story you will see what i mean."

​Ashley is a middle-aged loner, for whom teaching singing is his only escape from his troubled past and his self-abusive present. 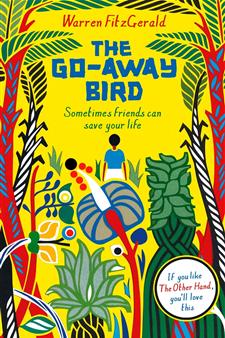