'Few stories are quite as extraordinary as this.' Robert Elms, BBC Radio London

Available to buy from all good bookshops NOW! 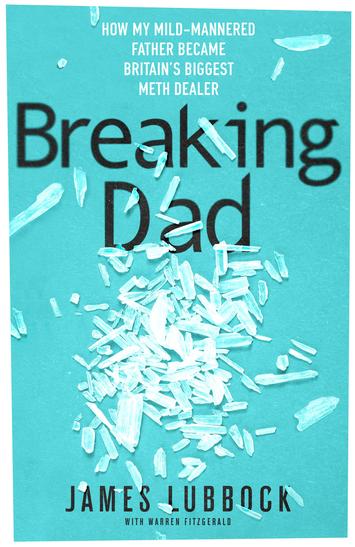 “In December 2009 the national newspapers reportedthe arrest of a “drug baron” with the biggest haul of crystal meth yet seen in this country. The accompanying photo was a mugshot of a scrawny, seedy looking bloke – the archetypal lowlife, a career crook, no doubt. And yet behind the headlines was a story the newspapers never discovered, a story more sensational than they could have wished for. This lowlife, this drug baron was in fact, just a few years before, a meek law-abiding suburban family man…He was my dad.”


James was a normal student – insecure, smelly, geeky and a virgin to boot – at a normal university on his way home to his normal family at the end of a normal term. His father picked James up in his old Cortina – his middle class, middle aged father, a respected Jewish coin dealer – and they travelled back to their suburban house in North West London. Here, James’s teetotal dad liked nothing more than to relax at the end of a long 9-5 by listening to some Taverner or Handel with a nice cup of Earl Grey, musing with delight on the highlight of his day: finding a great parking space near the entrance to Tesco.

“It’s awkward enough when your parents nag you about being careful with girls and staying away from drugs, but what about when you end up trying to save your old man from the dangers of sexual promiscuity with drug addicted men; save him from being banged up for being the biggest meth dealer in the country?”

This remarkable black comedy follows James as he tries to negotiate his safe stable world turning upside down and inside out. Like Breaking Bad but even more incredible because it is true, James’s story charts the shocking rise of his father to startling criminal and sexual heights, his tragic decline into addiction and incarceration, and his eventual redemption and reunion with the son who never gave up on him.